As the wine world raises a glass to the late Fred Franzia, the unorthodox businessman behind the Charles Shaw wine brand (a.k.a. “Two Buck Chuck”) who passed away this week, it’s high time to revisit the story of Shaw himself and one of the potential pitfalls of being a brand name. How did Shaw’s name end up on nearly a billion bottles of cheap wine?

When asked how Bronco Wine Company can sell wine less expensive than a bottle of water, Franzia said, according to a statement on the company’s site, “They’re overcharging for the water — don’t you get it?” And like some kind of budget-conscious Jesus, Franzia turned the bottled water price-point into wine’s — but even cheaper. It originally sold for $2 — now $3. This was not the intention of the brand’s original namesake nor is it the story that most associate with the Trader Joe’s staple.

Is Charles Shaw a real person?

Shaw started as a largely self-taught winemaker in Napa’s hurly-burly early 70s. He lived, for a spell, on my family’s namesake rock, Howell Mountain, before finding just the right spot in the valley to start his eponymously titled debut wine. It was a Beaujolais in what would prove to be Cabernet country — a minor market miscalculation that started a chain of events eventually leading to Shaw’s prestige wine ambitions fermenting a bargain bottle legacy to rival Night Train and Thunderbird.

Shaw’s wine was good, in fact, it was even occasionally served at the White House. But it never gained broad market traction. Soon, a bevy of financial challenges and a divorce from his wife and chief financier led to Shaw’s winery being turned over to a trustee, which, in turn, sold the brand assets (including his name) to some marketing gurus at Robert Mondavi Winery. After this acquisition, the assets were then flipped to Fred Franzia for $27,000 who sat on them for a decade.

Then came the recession and subsequent wine glut that followed 9/11 in 2002, which inspired Franzia to launch a new, low-priced brand that Trader Joe’s could absorb onto its bottom shelves.

Not only did the label of the new iteration of Charles Shaw boast its originator’s name, it brought along its iconic gazebo logo. But it’s not just any Napa Valley gazebo — it was a leftover set piece from a 1982 MGM musical comedy starring Luciano Pavarotti. Because, you know, shit can always get weirder.

In Yes, Giorgio, Pavarotti portrayed a famous opera singer who loses his voice during an American tour and falls in love with his throat specialist. Classic cinema is was not. 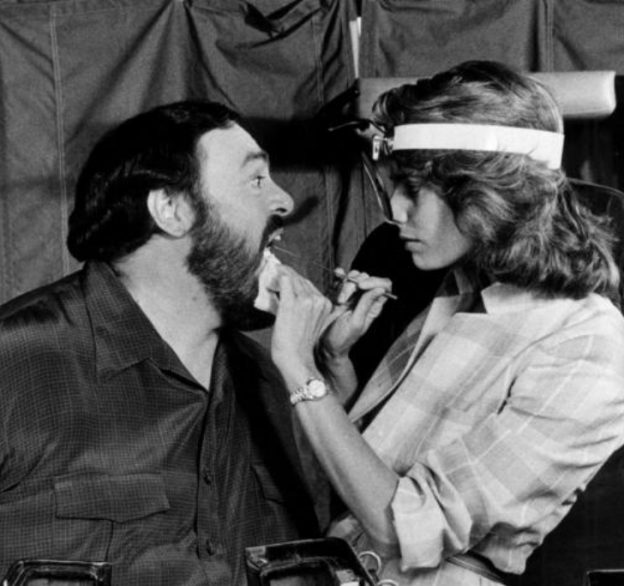 Why Shaw chose to keep the set piece of such a dud (Siskel and Ebert declared it one of the worst movies of 1982) and immortalize it on his namesake wine is the kind of ironic foreshadowing of worthy of opera itself. Because, as we all know, the wine that Franzia produced under Shaw’s name wasn’t just cheap, it was quaffable — often winning awards in blind tastings over pricier wines. As a result, Charles Shaw, the wine, took on a kind of egalitarian, folk heroism while Charles Shaw the man, moved to Chicago and, as recently as 2018, was working on databases at the Chicago Board of Trade.

Fittingly, Fred Franzia’s own family’s namesake wine venture, Franzia Brothers, was purchased by the Coca-Cola Company in 1973, then to the generically-named Wine Group, “which now produces Franzia, one of the best-known box wines in the country,” according to his New York Times obit. Perhaps Franzia understood Shaw’s name pain but it probably doesn’t hurt so bad with enough wine…or money.

Daedalus Howell is the writer-director of the films Pill Head (on Amazon) and the upcoming Wolf Story. He is the author, most recently, of the novel "Quantum Deadline" and editor of The North Bay Bohemian and The Pacific Sun. Learn how he went from small-town newspaperman to a feature film director here.