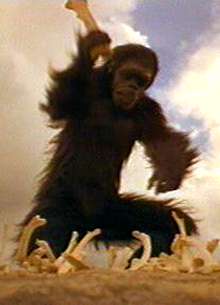 The Contessa was away on business last week, which provided me the opportunity to exercise an uncanny ability to transform any living space into a replica of my college dorm room. Dishes towered in the sink as precarious as a house of cards; laundry piles swallowed ottomans whole and balls of aluminum foil commemorated my nightly patronage of the taco truck like trophies to calories misspent. Under my watch, our quaint Springs bungalow transformed into a hovel akin to a demolition site and a crime scene, which by week’s end lacked only the “caution tape.” It also lacked me for much of the week given the weeklong debauch photo editor Flash Lely and I embarked upon with the rationale that having worked nine to five, we should at least drink five to nine. Then there was the overtime.

Suffice it to say, Saturday morning, mere hours before I was to retrieve the Contessa from the airport, I had rebuild not only my home but my life. Or at least render a reasonable facsimile of who I appear to be most days, before I became my own self-parody and dented my account at the Fig draining pintos (half pints of ale that I, ironically, imbibe at more than twice the rate of the standard issue pint). Flash, a natural contrarian, drank Pimm’s Cups.

Why is it that, in the absence of a mate, much of my male brethren and I devolve into lower primates? I’ll leave that to the evolutionary psychologists. It affirms nothing of my sense of “maleness” to live like a shaved ape. In fact, it’s contrary to every concept of myself I’ve heretofore devised.  Please note the necktie. Yet, the moment my wife is out the door, I’m on the boat straight to Monkey Island.
As natty a monkey as I may be, my impulse control in these moments is, of course, nil, which makes me especially susceptible to binges, be they pintos or, just as likely, movie marathons. No one needs to revisit (all of ) John Hughes’ films from the 80s in a single night’s viewing, but it’s been known to happen in my house, late at night. And it’s wrong. Wrong like James Spader in “Pretty in Pink” wrong and I’m man (or monkey?) enough to admit it.

So, after sending a brick of red envelopes back to Netflix and rebuilding my abode, I decided to clean up, finally shave and begin working off the burritos on which I had been subsisting, all within in the two hours I had before leaving for the airport to pick up my wife. I returned to the gym and contritely mounted what I have come to refer to as the “dreadmill.” That my gym currently has two out of commission has been a point of some consternation for me seeing as, like theater seats, I prefer at least one between me and the strangers in my midst – for their sake – my social anxiety tends to make me chatty: “The palpable angst in this gym reminds me of that scene in the ‘Breakfast Club,’ you know, like when Judd Nelson threw the lunchmeat on the statue. Don’t you agree?”

While huffing, puffing and generally ruing the fistful of cigarettes I had bummed earlier in the week, I caught sight of myself in the mirror, hunched, my wrists resting on the treadmill handrails. I realized that I looked like those illustrated depictions of ape evolving into man, except that I was about two iterations shy of walking upright. Indeed, I realized, there’s more to being a man than the pose.