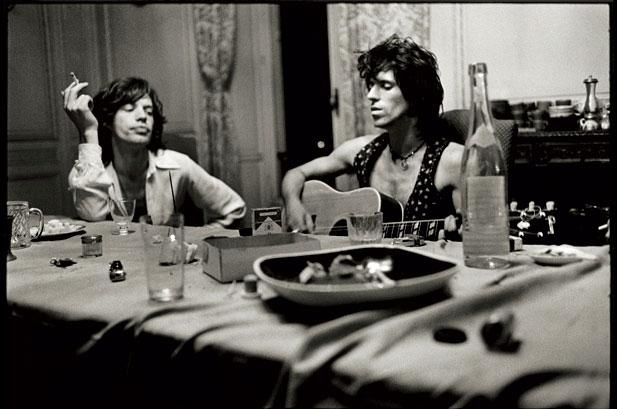 Of the quasi-legal concepts that have captured my imagination, the most glamorous is the notion of living as a “tax exile.” Brits, whose tax burden is often upwards of 80 percent for the highest earners, frequently banish themselves to other countries for a year or more while waiting out what would otherwise be a hefty obligation in their native isle.

In the 70s, fleeing the taxman became something of a rite of passage for rock stars. The Rolling Stones famously decamped to the Cote d’Azur in the French Riviera; Jethro Tull followed them to France, David Bowie got hunkydory in Switzerland and Rod Stewart and Marc Bolan skipped to Los Angeles where they were eventually joined by Tom Jones and Michael Caine, who, though not a rock star, pronounces his name “My Cocaine,” which is close enough.

Yanks can’t avoid their taxes in exile and still be Yanks since it would require us to both leave the states and renounce our American citizenship. Theoretically, an American rock star could defect to the UK, become a Brit, then return to the states on “tax holiday,” to put it poshly. And since singing with an English accent is de rigueur for a certain breed of anglophilic rock star (I’m thinking of The Killers’ Brandon Flowers or Greenday’s Billy Joe Armstrong), my plan seems all the more plausible, doesn’t it?
There is another option, one that sci-fi author William Gibson’s accountant has probably urged him to consider… Tax Exile in Cyberspace.

Sure it sounds like a 90s straight-to-video title. It’s also comically reminiscent of intergalactic rocker Hotblack Desiato in The Hitchhiker’s Guide to the Galaxy who spent “a year dead for tax reasons.” But surely someone is working on a way to vamoose into the Matrix and be one with their filthy lucre. I mean, that’s what Jeff Bridges was doing in Tron: Legacy, right?

Unless you’re hoarding gold bullion or have crammed your Serta, Sealy or Simmons with bank notes, your money is already in cyberspace. You may have $8 in your account but that still amounts to bazillion ones and zeroes in some database somewhere. The data is the dough, the medium is the message (and Marshall McLuhan’s literary estate has to stuff its royalties somewhere). Makes me think that modern banking is really just a massively multiplayer online game and one’s account balance merely points. I’m apparently losing right now. I don’t plan to go into tax exile anytime soon. I’m not sure if I could even pay for regular exile this week. I might go for some lite banishment a la carte if it kept me out of the post office on Tax Day tomorrow. Until then, I’m going to practice my chords and my accent, guvor.