I have a special place in my heart for the additive value of story and the art of the scam. This is why I’m keen on Rob Walker and Joshua Glenn’s Significant Objects project – an experimental literary and anthropological mash-up that demonstrated that “the effect of narrative on any given object’s subjective value can be measured objectively.”

Okay, so that’s awesome. Now, let’s see what happens when this knowledge is applied to the dark arts – specifically witchcraft. Yes, witchcraft. A recent episode of the podcast Here Be Monsters featured an interview with “Malibu Ron,” a self-identified scam artist who Vice dubbed an “Etsy witch.” Here’s why:

Malibu makes his living selling trinkets supposedly imbued with spirits: sex demons, werewolves, mermaids, djinn, vampires, etc. They aren’t. Malibu sells his intangible beings and spells online for as little as $5 and as much as $11,000.

You can see where this is going, right? Thusly, I attempted to create my own signature, if haunted, object via the power of story.

The object in question is my brother’s old orthodontic retainer. He wore it in his mid-teens and left it in a box that remained at my parent’s house when he moved out a few years later. That box traveled between storage units as our empty-nester parents decamped to smaller dwellings over the years. Finally, it became my responsibility and has infused my own private “Smithsonian Box” with a never-ending supply of weirdness since. When I reunited him with the retainer, my brother refused to take it, so… Now, it’s a Haunted Orthodontic Retainer that Channels Malevolent Spirits on eBay.

Of course, I couldn’t stop there. I had to create an entire business identity to give the seller account some narrative umph. Hence…

Easy-peasy logo design via Squarespace. And, yes, I now own yet another domain name.

I also grabbed some stock art for shop… 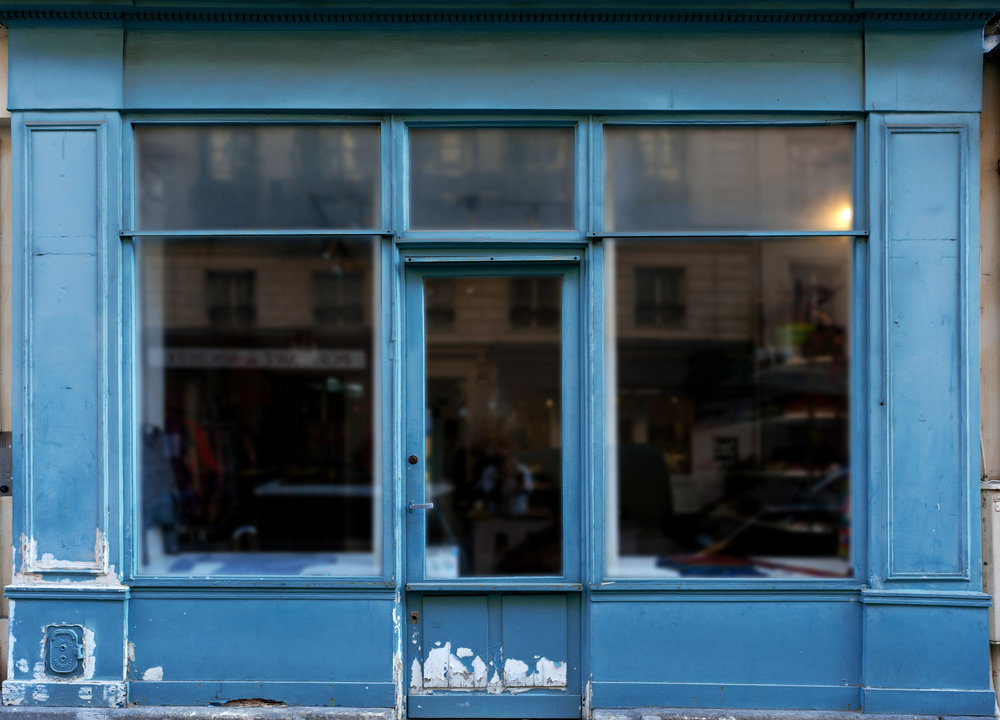 Then – the fun part – I wrote a little story for the item’s eBay description. Throughout the creative fugue state that precipitated the whole scenario, I began to think of eBay as a largely untapped publishing platform (move over Medium) and am considering integrating the Accursed Curios shop and its paranormal environs into the larger world of my one-man transmedia worldbuilding endeavor. I mean, we all need a little more magic in our lives, right?

Here is the original eBay narrative I cooked up:

Traditional orthodontic retainers hold one’s teeth in position after they’ve been realigned with braces. Not this one.  This accursed curio summons demonic presences. The case goes something like this:

The 15-year-old high school sophomore who wore it began to “speak to people who weren’t there” shortly after obtaining the device. But only when the retainer was in her mouth. And, by all accounts, her behavior grew more erratic and violent as the weeks went on.

At first, her initial outbursts of profanity and anti-religious sentiment were considered to teenage rebellion but to the nth degree. Later, psychological explanations that aligned with her family’s recent history (of note was the fact her mother died from Non-Hodgkin’s lymphoma two years prior and the family was still grieving) were explored, however, counseling and medication proved useless.

Doctors later examined whether a toxin or allergen in the retainer’s resin precipitated the girl’s behavior. Subsequent allergy tests, however, yielded nothing. Desperate, the girl’s parents finally sought the help of a paranormal professional.

After being apprised of the details via email, I met with the family at our downtown shop and found the daughter to be affable if average in most regards but possessed of a decidedly dour demeanor. I didn’t blame her, of course – life, or perhaps some emanation from the afterlife, had been making her sophomore year a living nightmare.

I noticed she wasn’t wearing the retainer and asked to examine it. It was a typical Hawley-type retainer (named for its inventor, Dr. Charles A. Hawley). As pictured, the labial bow, or wire, surrounds the top anterior teeth and is secured in an acrylic arch that is molded to roof of the patient’s mouth. Though I usually endeavor to respect my client’s anonymity, I will allow that the interior inscription on the retainer reads “S. Fergus.”

I wondered aloud if the retainer was acting as a spirit tuner, a sort of “antenna” that could be adjusted to access supernatural frequencies. Then I asked the girl if she would wear it for a moment. She was reluctant and her dad likewise dissuaded me. But I insisted and with some further encouragement, she agreed to wear the retainer but only if her father stood behind her chair while she did so.

Seconds passed and nothing happened other than the father suggesting that I lock the shop door. I scurried through our various exhibits and turned the bolt. Just then, the girl shrieked in a register several octaves higher than her speaking voice. Likewise, her hair was standing on end  as if her hands were on a Van de Graaff generator. She shrieked again but this time it sounded like name – certainly ancient, clearly demonic but nothing I recognized from Weyer’s Pseudomonarchia Daemonum.

The girl took a huge breath just as her dad threw his hands over her face as if to smother her. But then it all stopped. Her hair came down and she pushed her tear-strewn face into her father’s side. His heavy hand slapped the retainer onto the counter.

Naturally, I offered to purchase the piece immediately.

The man’s mouth fell agape – totally offended. I can’t remember what he yelled at me as he marched his daughter out of the store but it was something akin to the usual “opportunist” crap. They never returned for the retainer.

I’ve displayed it in the shop for several years.

Now it can be yours.

As we say in the biz, this listing is for “entertainment purposes only.” That said, any paranormal activity that results after purchasing the item is the responsibility of its owner.

DO NOT PUT IT IN YOUR MOUTH.

Someone actually bid on it.

Gotta love ’em for it.